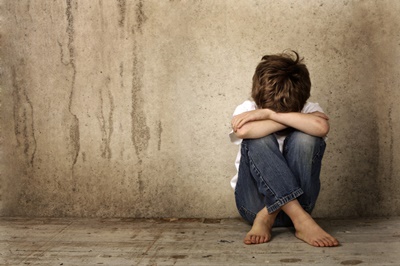 Verbal abuse is a silent plague and the statistics of how often verbal abuse happens is underwhelming. According to Bonnie Lynn Wright, Ph.d, she explains why, “Because people who are mentally abused tend to blame themselves for being abused, they do not report the abuser. We build our perception of ourselves through the response and input from others. Mental abusers are very good at making their victims believe they are inferior, to blame for everything that’s wrong in their lives, inadequate, and on and on. It takes a lot of insight, hard personal work and distance from the abuse to see yourself in any other way. “ (Source:  https://www.sharecare.com/user/dr-bonnie-lynn-wright).

I am not writing this to look needy or helpless but rather shine a light on a topic not talked about enough. So I’ll be sharing part of my story with you guys today. I hope if you have experienced verbal abuse you’ll know that you aren’t alone in the feelings of inferiority and being told that you are playing the “victim role,” if you can’t completely move on. I hope to bring the faith back into your life that everything will work out in the end.

Verbal abuse comes in all shapes and forms. It’s as a bad as physical abuse but you can’t see the scars to show others. It’s not just calling someone, “stupid,” or “fat.” It can go much deeper than that. It can be (like in my case) a teacher giving a student silent treatment because they can’t solve a math problem that had the same concept as a previous problem, just will different numbers.

My teacher never called me stupid but she sure made me feel stupid. I told her that I didn’t understand the concept behind the math problem but she said to me, “You have already enough similar problems like this one, you should get it by now. I’ll be back when you figure it out.” But I waited 10 or 20 minutes in this small private school environment and said to her, “I just don’t know. Can you help me? I have tried all different kinds of ways to figure it out.” But she said, “Sorry, I can’t help you. You shouldn’t have figured it out by now.” There’s a big difference between a good teacher that gives a student a chance to grow and figure it out on their own and a teacher giving a student silent treatment. The same problem stumped me enough that my teacher finally helped me through the steps again 30 minutes later, but she got mad at me and slightly raised her tone, because I needed a little extra support that she didn’t have the patience for. I was never about, “just give me the answer.”’I wanted thorough guidance and that’s what great teachers are there for. But never silent treatment mixed with an impatient teacher that doesn’t have time for slow learners. And this lack of math support happened almost every time we need math and she was my math teacher for 3 years. Keep in mind, there was a small secular private school.

I am a smart person but math never came easy to me like other subjects. The concept of long division for the longest time never completely made sense to me in theory. I just remembered the process (because I could remember things easily) but never fully got the “function” of it. And as you know, math builds. So when you don’t understand a concept from before you can’t move forward.

It took many years of relying on God’s grace and faithfulness to get me through emotionally. And I am still growing emotionally and spiritually through this process God has me on. I have the utmost supportive parents and friends but I don’t believe they went through nearly what I went through. I have been told by many well-meaning family members, friends, and even therapists that, “It’s time to move on.” “Forgiveness is the key.” “I am sorry but terrible tragedies happen every day.” To me, it’s like telling a grieving person who recently lost their best friend, “I know it hurts but don’t be selfish and moppy around the house. If you really cared about your best friend you will help out your Uncle around the house (as an example).” I understand that it takes time to heal and there is a time and place to move on. And forgiveness is most definitely a part of my faith but true authentic forgiveness comes from healing hearts first.

But sometimes with verbal abuse, you feel so alone and misunderstood. The verbal abuse it’s like a real nightmare that you can’t awake from. Sometimes verbal abuser are so cunning and crafty that they hid their tactics well. It’s like a magic trick. You know that the magic trick isn’t real but you can’t figure out how they do it.

Have you experienced verbal abuse before? Or do you know someone who has? Why don’t you think more people write about it or even talk about in conversations more?

I believe there is hope though. I am still working with the “aftermath” of it in my mind. So I can’t say it’s easy to move on like turning a switch on. But through therapy, talking to friends about, mediation, etc., there are ways to recover. One of the things that has helped me overcome it has positive self-talk.  For instance, it’s all about looking at the glass half-full instead of half-empty. I was a bubbly kid who had such a positive and innocent look on life and people. But I became more critical after my encounter with this teacher. If a friend tells you, “You look pretty in that shirt.” Don’t overanalyze. I repeat. Don’t overanalyze. You may say, “Thank you,” back. But are you thinking, “Is she saying that I normally don’t look pretty? Or you could be thinking, “Is she just being nice to be nice but doesn’t really mean it?” Take the compliment for what it is. But first step, is taking the compliment. I know it’s easier said than done. If they did have other motives for saying that, this is between them and God. Take your pretty shirt and pray to God about it. 🙂

Here are some Scriptures to give insight into verbal abuse:

Here are some Scriptures about healing and overcoming verbal abuse:

Would you join me in this quick prayer?

Help us overcome and heal from verbal abuse. I know it’s your will Lord to be in “perfect peace.” (Isaiah 26:3 NIV). Let us trust in your provision and destiny for our lives again, Lord. It was never your will for this to happen. Help us to completely forget the painful memories locked away in our minds, as well as forgive those who intentionally, or intentionally verbally abused us. Also encourage us to find the resources we need to move on. We love you, Lord. Amen. 🙂

Stay strong and until next time…

This site uses Akismet to reduce spam. Learn how your comment data is processed.